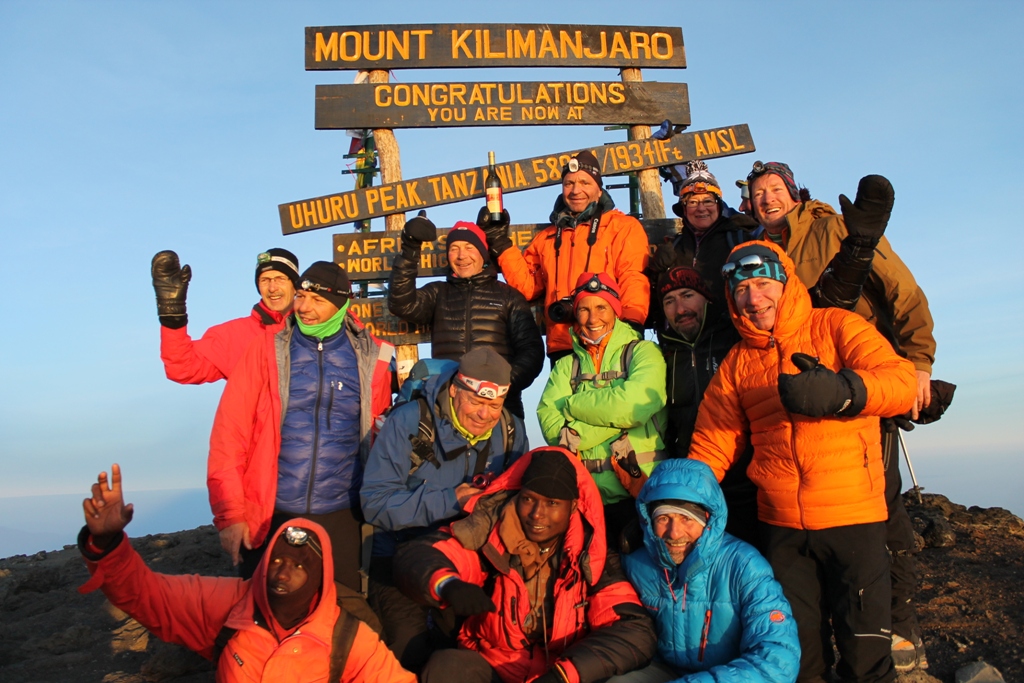 At 19,340 ft., Kilimanjaro is the highest mountain in Africa and the largest free-standing mountain in the world. Surrounding the base of this huge dormant volcano is tropical montane forest rich with unique flora and fauna. Further up, heath forest opens into a moorland dotted with giant senecio and lobilia. A magnificent zone of rock and ice leads to the summit crater where sulfur gas still emits from the ash pit. Just above the crater floor is Uhuru Peak, the mountain’s true summit.
Climbing Kilimanjaro has become increasingly popular in recent years. The Marangu (Tourist) Route in particular has become severely congested. In an effort to keep our experience high quality, African Environments decided to stop using the Marangu Route in 1995 and to develop new routes on the spectacular western side of the mountain. Our clients on these western routes not only enjoy a pristine wilderness experience, they also ascend more gradually, allowing their bodies to acclimatize more fully to the extreme elevations. The journey is far more pleasant and avoids many of the potentially life-threatening high altitude medical problems associated with a shorter climb.
SERENGETI NATIONAL PARK 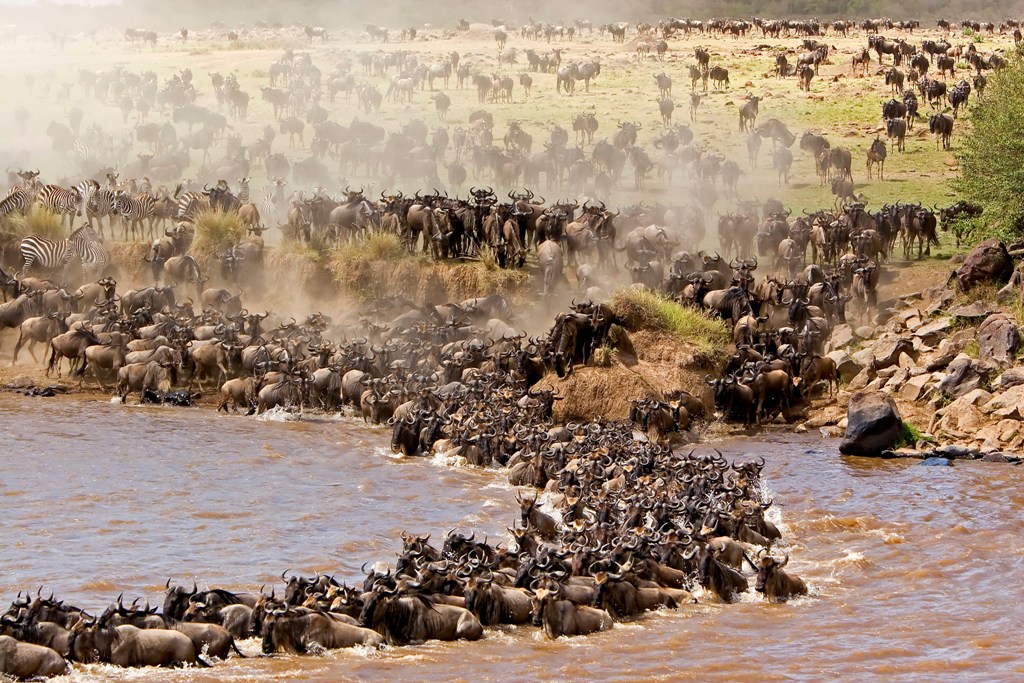 In the Maasai language, Serengeti means “wide open space.” This vast park must be seen to be believed, both for the landscape and for the world’s largest migrations of mammals. The Serengeti is located in northern Tanzania, lying adjacent to the smaller Maasai Mara Reserve in southern Kenya. The border between the Serengeti and the Maasai Mara is closed to tourist traffic, but wildlife flows across freely. Serengeti National Park is a 6-8 hour drive from Arusha, much of it along poor dirt roads. Most people choose to break the journey with a night at either Ngorongoro Crater or Lake Manyara. Flying to the Serengeti from Arusha may also be arranged via scheduled light aircraft or private charter. Although one could easily spend weeks exploring the vast Serengeti, safaris in the Park are commonly 4-8 days in length.
NGORONGORO CRATER 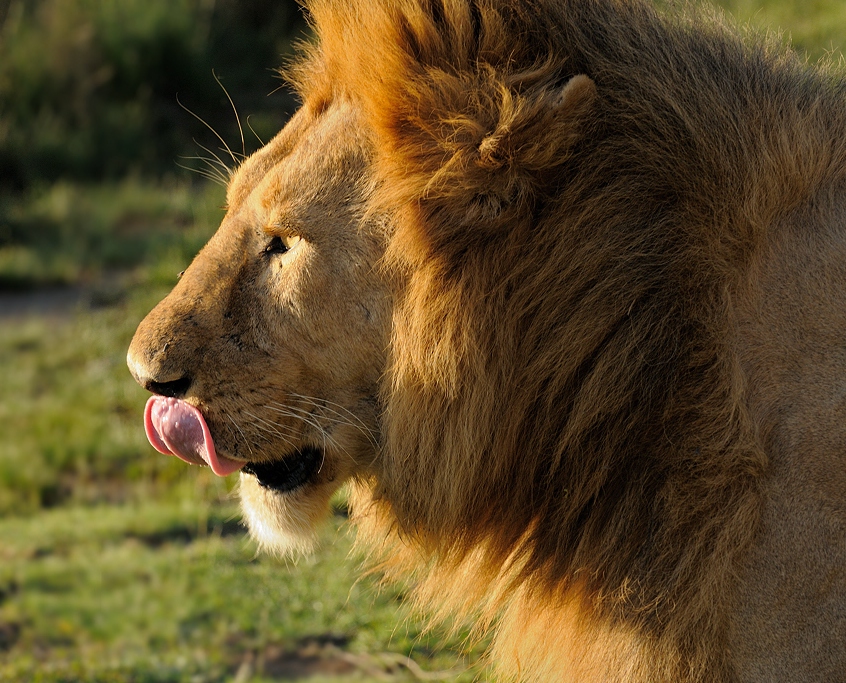 Ngorongoro Crater formed when a massive volcano collapsed in upon itself, leaving the largest intact caldera (crater) in the world. Inside the 12 mile diameter Crater, the concentration and diversity of wildlife is probably greater than anywhere else in Africa. Clients spending a day in the Crater (accessible only by 4-wheel-drive vehicles) enjoy tremendous wildlife viewing at close range. There are no accommodations in the Crater, but several outstanding lodges on the Crater rim offer spectacular overviews and are fine staging locations for game drives into the Crater. Campsites on the eastern slope of the Crater wall also allow superb access to the wildlife. We often place our luxury camps in these locations as bases for clients spending one or more days exploring the Crater floor.
With the Crater as its centerpiece, the surrounding Ngorongoro Conservation Area is a stunning multiple-use region almost as large as the Serengeti. Forested mountains, rugged highlands, smaller volcanic craters, and expansive plains feature spectacular vistas and game viewing, and almost no other tourists. Unlike the national parks, the conservation area is still home to Maasai people who maintain their traditional pastoral lifestyle in harmony with wildlife. Cool temperatures, opportunities to become acquainted with the Maasai, and fantastic hiking make this area ideal for our walking safaris.
TARANGIRE NATIONAL PARK 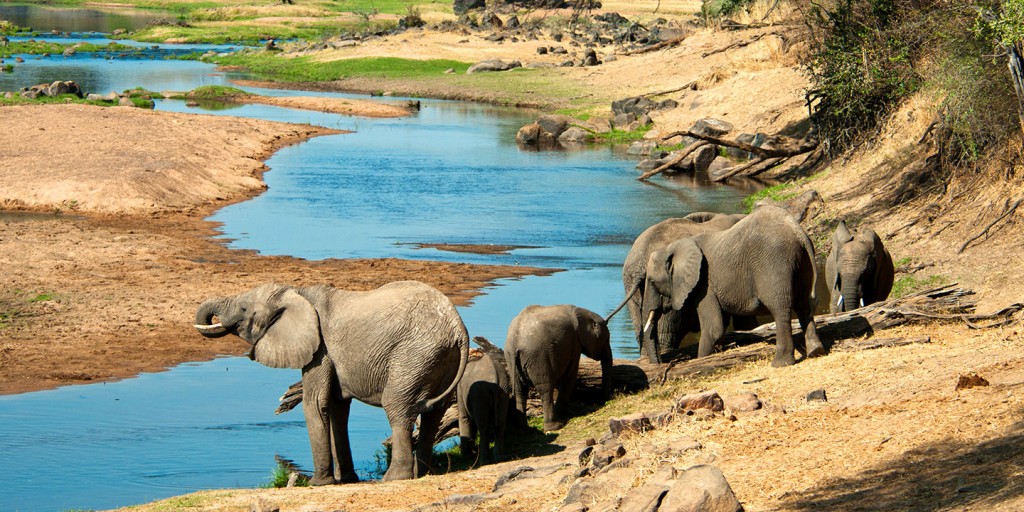 Just an hour’s drive from Arusha, Tarangire National Park has 2600sq/km of pristine savanna wilderness. The park is particularly famous for its elephant population, numbering in the thousands. The Tarangire River, which runs through the Park, is the only source of water for wildlife in the ecosystem during the dry season and thousands of animals are attracted in. Although elephant viewing in Tarangire is excellent year round, a dry season visit can be an event of a lifetime.
ZANZIBAR ISLAND 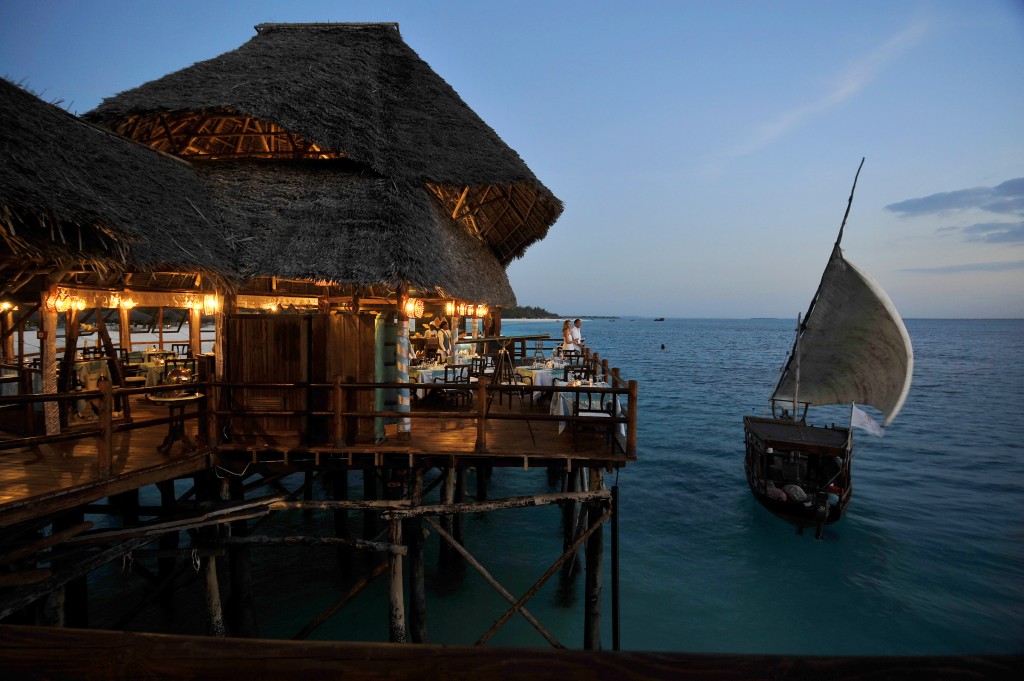 Just off the coast of mainland Tanzania lies famous spice island of Zanzibar. A rich blend of African, Arabic, and Indian cultures has given this place a unique character. The historical ‘Old town’ with its tiny winding alleyways, beautiful decorated doors, colorful bazaars, Mosques, and courtyards, reflects the islands long and varied past. Around the island there are many beautiful white sand beaches bordering an azure sea, filled with colorful tropical fish, and spectacular coral. Only a short fight from Arusha, Zanzibar is a refreshing contrast to the parks and mountains of Northern Tanzania, and provides an excellent place to rest and relax.